How Local Demographics Can Affect A Neighborhood’s Coffee Houses

Dr. Scott Rosenberg, a History professor at Wittenberg University who specializes in African & Diaspora Studies, said that the lack of coffee consumption can become a cycle. If less African Americans drink coffee because of financial or cultural factors, then less Black people will see themselves as fitting into the coffee industry. If there is less African American interest in coffee, then less of them will be inclined to become baristas. From there, less of them will be willing to open a coffee house.  Which circles back to African Americans not seeing themselves as fitting into the coffee industry.

Due to this cycle, there can be a widening disparity of who owns the coffee shops in gentrifying neighborhoods.

In an article by KCRW, Steve Chiotakis focuses on coffee shops in gentrifying neighborhoods and why the interior design of specific coffee shops matters for the clientele they’ll attract. The article looks at three different coffee houses in West Adams, Baldwin Hills and Leimert Park near LA– where black and Latinx people are 80% of the residents.

A co-owner at one of the coffee shops examined, Highly Likely, commented that “we always knew Highly Likely was going to be something slightly more European looking.”

As a result, Highly Likely attracts a clientele that’s very different from the demographics of the neighborhood. One the day that Chiotakis went to Highly Likely, he noticed that 75% of the customers inside the shop that day were white. 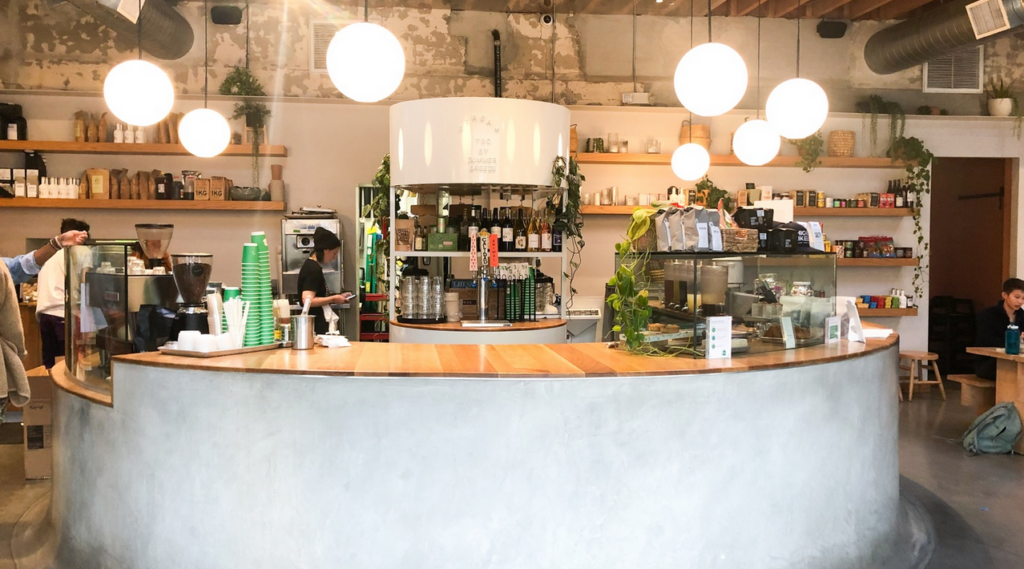 The counter of Highly Likely Cafe in LA: Source: KCRW

Michelle Johnson, who hosts a coffee blog known as The Chocolate Barista, commented, “we’re in a black neighborhood and there aren’t that many black people here. And I don’t know where these white people came from.”

As gentrification creeps into certain poorer neighborhoods, it can lead the residents to feel as if they don’t belong at the coffee houses that arrive. Cydni Patterson, a barista at People’s Coffee in Durham, North Carolina claims, “your customer base is only as strong as how comfortable they feel in your bar.

In the case of coffee shops like Highly Likely, this can contribute drastically to the number of African Americans that frequent the shop.

A lack of African American interest, or capital, to start their own coffee house in their neighborhood can further compound the problem.

“You know if you live on the south side of Chicago or something, you may not see coffee shops in prevalence,” Rosenberg said. “So, if I’m an African American businessman, or woman, interested in trying to start a business in my community, I may not be able to cater towards a more affluent market. And, by reverse, if I live in Oak Brook, which is the whitest of white, and I was a black person, I don’t know if I’d feel comfortable opening up a business. Would patrons come when they see a black owner who’s an outsider?”

“I’m generalizing a lot, you know, but you could argue there’s a no-win scenario there,” Rosenberg added. 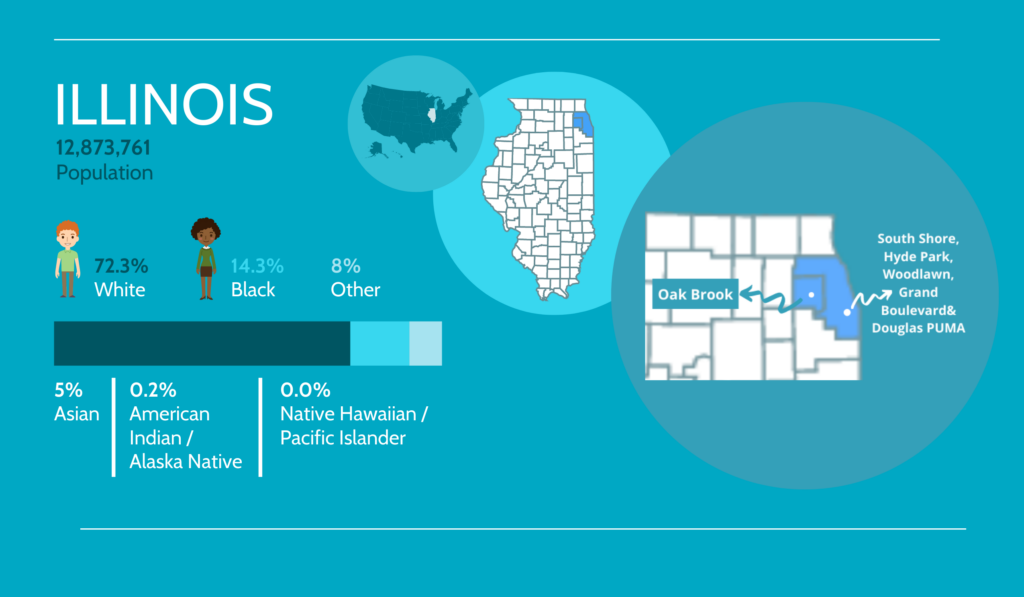 The south side of Chicago and Oak Brook are extremely close to each other in Illinois- you can drive from one to the other in less than half an hour. Source: Courtney Huck

How accurate is Rosenberg’s statement? Although the two areas are only 24 miles away from each other, their demographics are vastly different.

For the south side of Chicago, I included the PUMA section of South Shore, Hyde Park, Woodlawn, Grand Boulevard, & Douglas. This area will be referred to as South Shore for simplicity.

To draw a comparison, only the township of Oak Brook was included, even though its population size is significantly lower, as can be seen in the graph below. 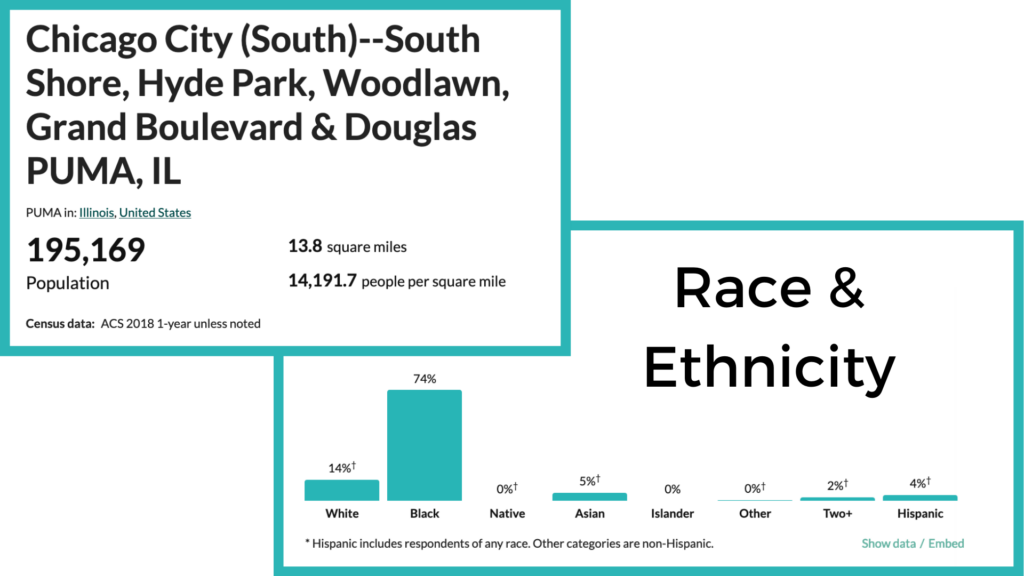 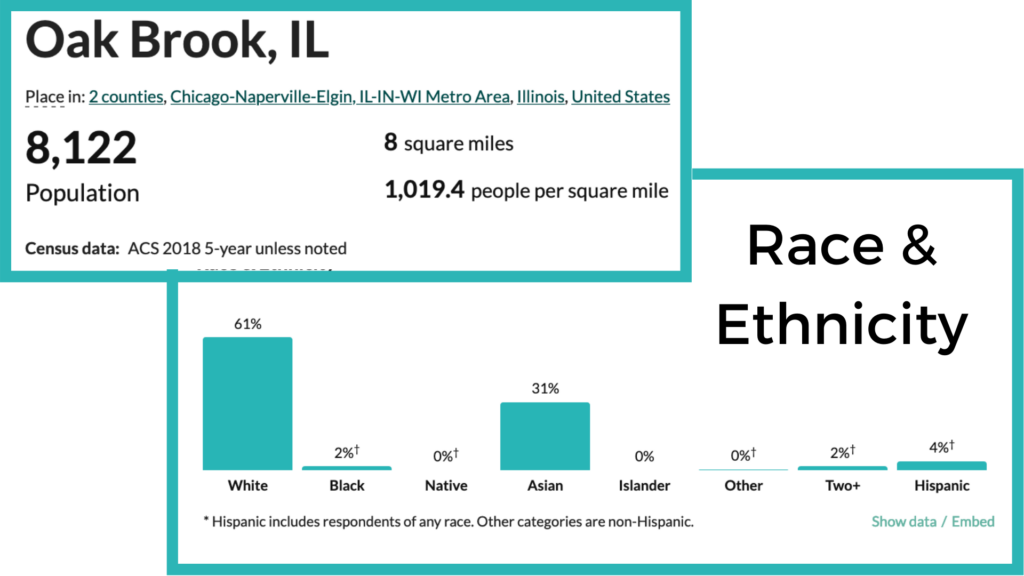 The brown marked coffee icons are Black-owned coffee houses, and the purple icons are unknown or white owned coffee shops. Despite South Shore possessing a much higher population than Oak Brook, Oak Brook almost has the same number of coffee shops. * Disclaimer: I created these maps to fit as closely as possible to the Census geographical area.

While gentrification isn’t taking place in Oak Brook, with the lack of an equal proportion of coffee shops being Black-owned in South Shore, the effects of gentrification are present. Phyliss Johnson, the CEO of BD Imports states that gentrification “doesn’t help bring black and brown people into cafes. In gentrification you have folks coming in, doing things differently in a way that can often antagonize existing communities. If I have lived there for years and years and all of a sudden I am being pushed out, I’m not going to say, ‘Hey, let’s go up to this new café!’ because my mindset is, “that café is really for them, it wasn’t here before they got here, they’ve created the cafes for them.”

One of the other reasons that Oak Brook has more coffee shops than South Shore circles back to the economic obstacles mentioned earlier. 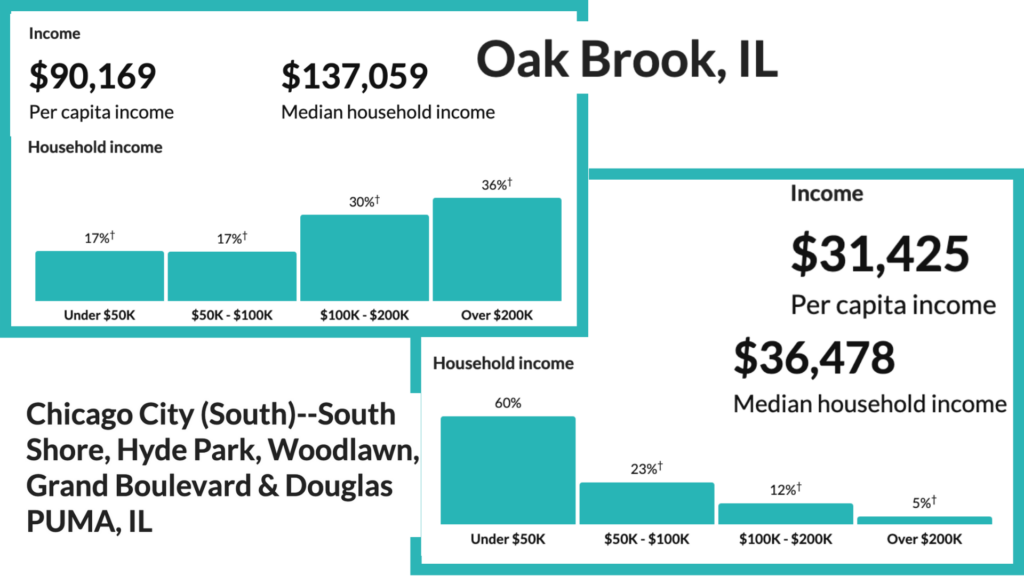 Many of the coffee houses in Oak Brook can be found at the Oak Brook shopping center- a high-class mall. When viewing the median household income of Oak Brook residents (which is $100,000 more than South Shore residents), this isn’t shocking. Source: U.S Census

Research has found that 70% of households with an average income of $150,000 and above drink coffee, while only 54% of households that earn less than $25,000 drink coffee. With the South Shore area possessing less economic resources than Oak Brook, it means that less residents ever start drinking coffee, and, as a result, are less inclined to see themselves in the coffee industry and open a coffee shop.  It also means that they might lack the finances to open their own coffee shop even if they wanted to.

Although Rosenberg was making a generalization about the number of coffee shops that exist in each of these neighborhoods, one can easily see how the coffee industry has benefited from the financial resources in Oak Brook while there aren’t as many cafes present in the South Shore area.

Phyliss argues that “we can hide behind ‘the price is too high’ but it’s also the environment. Environments have to be nurturing, environments have to feel good on you, and that’s not happening. Should we leave it to white people to figure out how to create cafés that are comfortable for people other than themselves? Maybe not, maybe that’s asking too much.”

“That in itself is the reason why you need diversity at the retail level,” Johnson added.

If you’re interested in supporting Black-owned coffee houses in your area, some resources are present below. 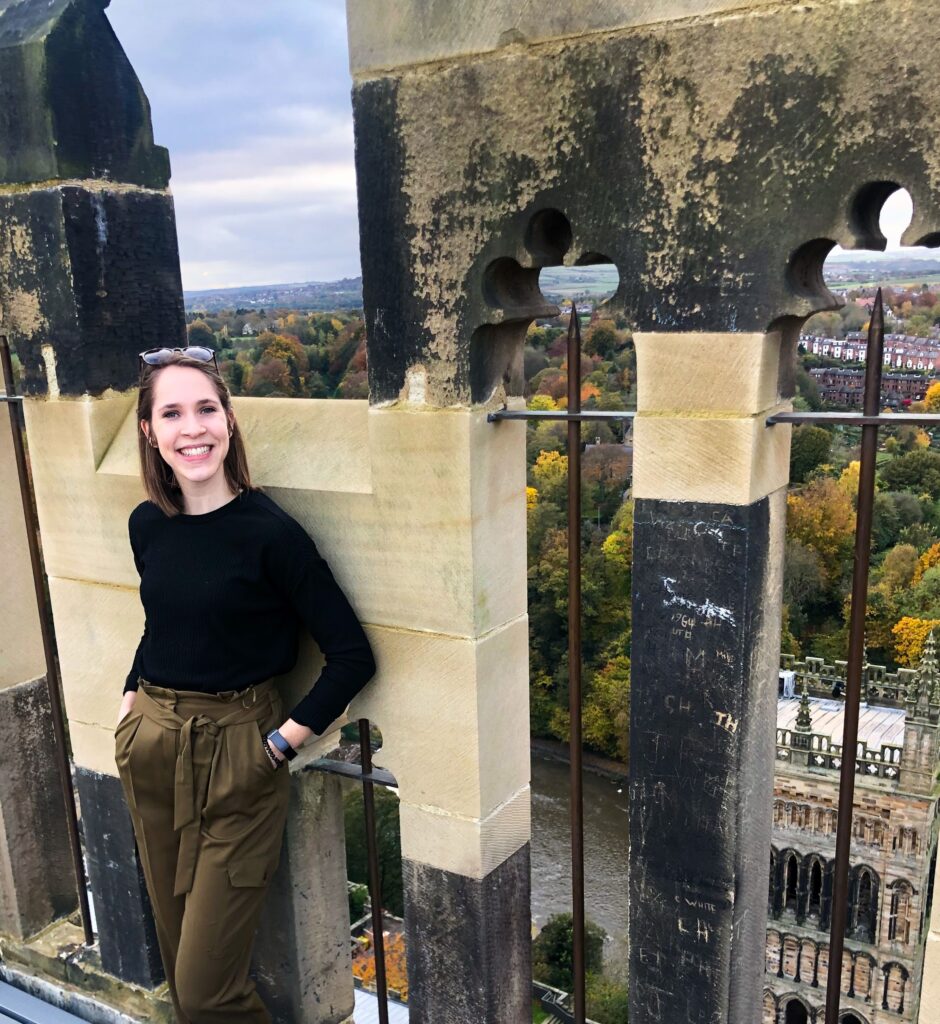 Hi! I’m Courtney, an American who moved to England for a journalism master’s, and I’ve now returned to the states. I’ve always been a bit of a coffee-fanatic (which is truly an understatement). With an obsession for coffee and a love of travel, I’ve decided to combine the two!

Although I’m not visiting many coffee shops at the moment, you’ll still find a lot of coffee info on the site, along with the occasional travel tidbit.

I look forward to you joining me on this journey!

Finally convinced my sister to go on her first kay

“The sky is more beautiful than the earth. And I

Happy earth day! Today is a perfect chance to refo

As a vast Harry Potter nerd, it still feels unreal

Nina is one of the many female baristas @pinklanec

“Coffeeshops” in Amsterdam take on a bit of a